Disclaimer: The information provided does not constitute financial, investment, trading or other type of advice and represents the opinion of the author only.

polygon [MATIC] According to Santiment, we have witnessed a surge in development activity, but social engagement has declined over the past month. On the chart, MATIC saw a sharp rejection at the $0.94 resistance.

At the time of writing, the momentum is in favor of sellers.However, in the case of Bitcoin, this could change quickly [BTC] Bulls drag BTC past $19,400. Can Polygon’s native token turn the $0.77 level back into support, or will it fall further to $0.67? 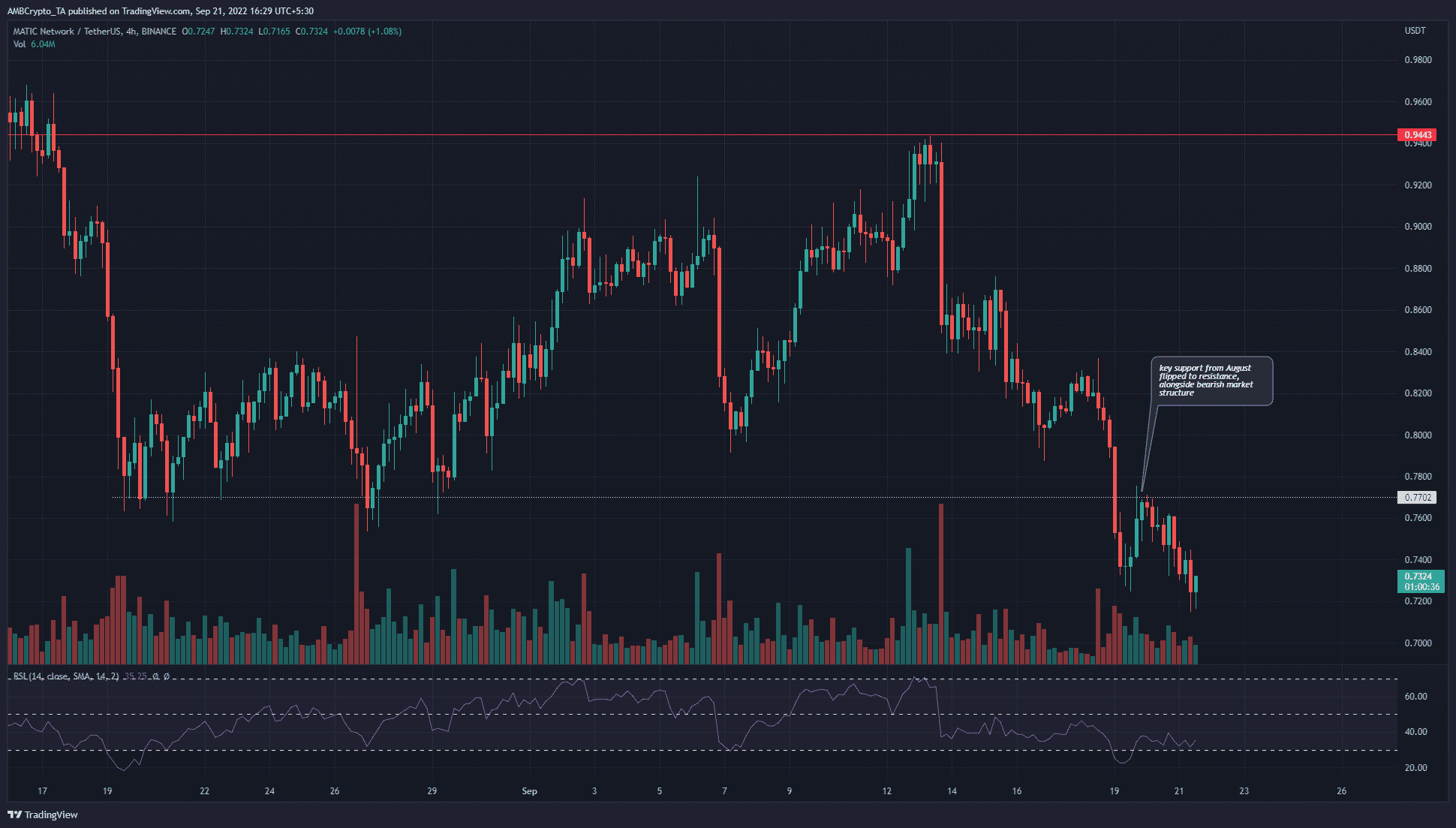 The key support level on the four-hour chart is $0.77, marked by a white dashed line. In August, the area was tested by prices several times. Each time, buyers were able to reject shorts.

At the time of writing, the $0.77 support area has been retested as resistance. This suggests that buyers have been exhausted in recent days. The Relative Strength Index (RSI) on the H4 chart is also below the 40 mark, showing strong downward momentum. 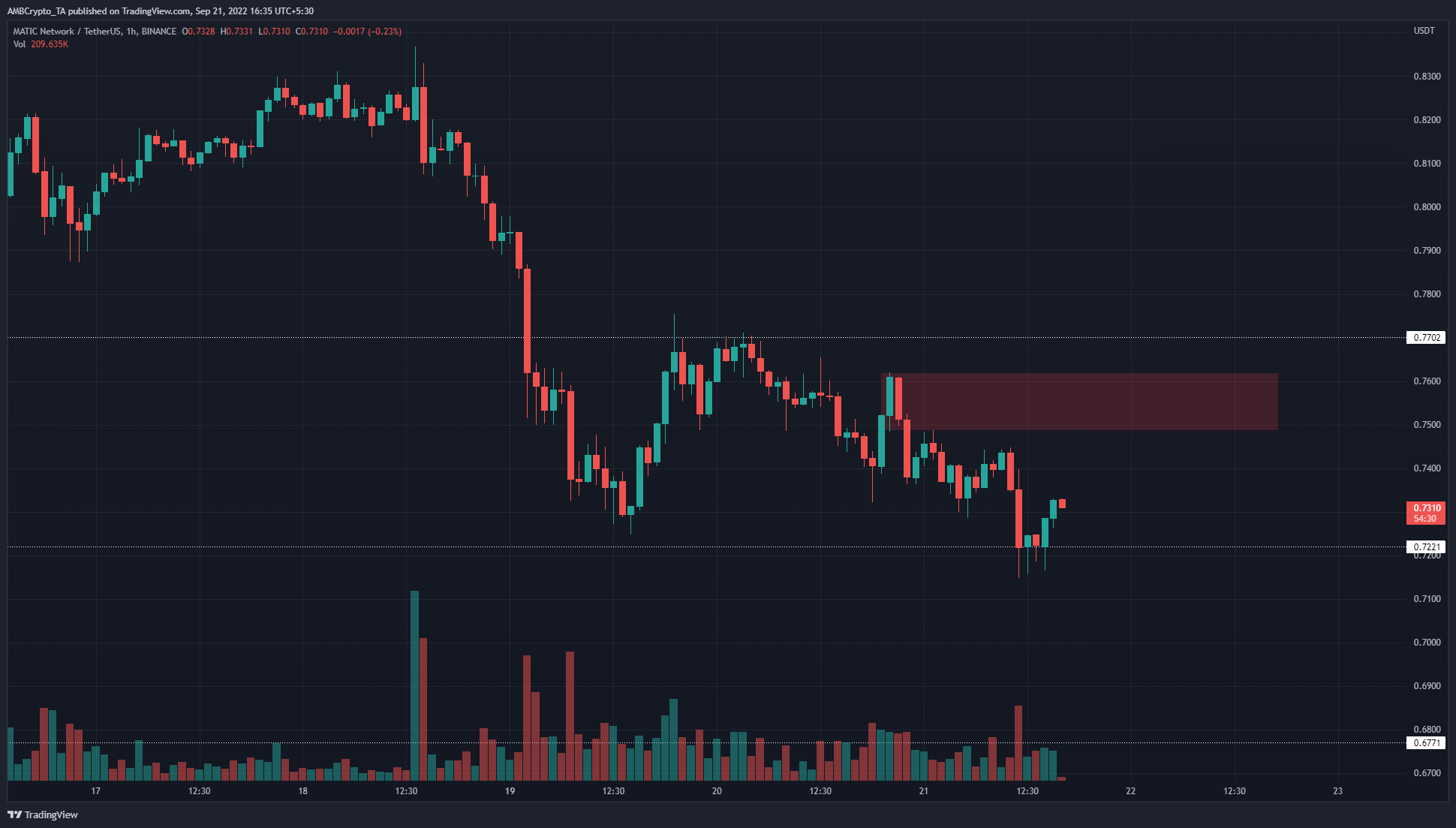 An important area of ​​liquidity at $0.77 has turned from support to resistance over the past few days, which means that lower time frame biases must also be skewed bearish. This means that any bounce in price will be for selling.

Trading over the past two days shows strong selling pressure in the $0.75-$0.77 area. Meanwhile, support at $0.72 was also identified. This level was last tested by MATIC in late July.

Therefore, in line with the H4 bearish bias, traders on the shorter time frames can also look to ride the downside momentum to $0.722 and $0.677, another support level since mid-July. The bulls need to flip the $0.77 level for support to invalidate the bearish bias. 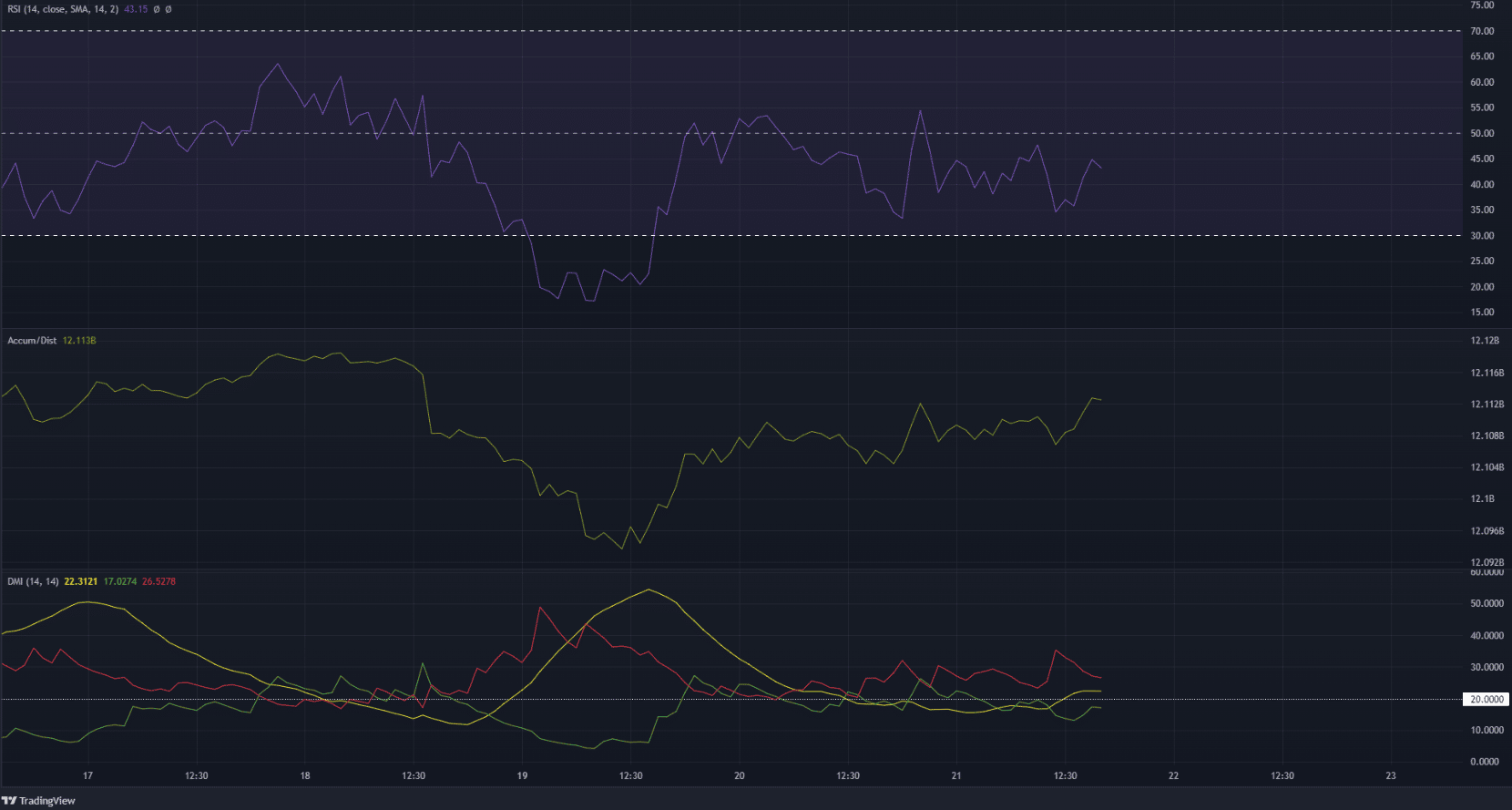 The hourly RSI is also below a neutral 50 but not below 40, so at the time of writing, the momentum is only slightly in favor of sellers. The accumulation/distribution (A/D) line has actually spiked in the past few days following the rally to retest the $0.77 resistance.

The Directional Movement Index (DMI) shows the average Directional Index (ADX) (yellow) and -DI (red) moving above 20. The inference is that according to the DMI, a strong bearish trend is underway.

Bitcoin could recover in the next day or two if the FOMC announces the already expected rate hike. In this case, the bearish bias could quickly turn bullish. However, until MATIC can recover above $0.77, traders can look for selling opportunities.