Japanese Prime Minister Fumio Kishida joined other free nations at the 77th UN General Assembly on Tuesday in condemning Russia’s invasion of Ukraine as an atrocity that “trample the vision and principles of the UN Charter.”

“The point is that any and all countries are under the rule of law, not the rule of force, which we absolutely cannot allow,” he declared.

Like other leaders who made similar statements at the General Assembly, Kishida lacked specific details on how to reform and strengthen the United Nations amid opposition from Russia, China and other aggressive states threatening a “rules-based international order.”

He did raise the point of calling for “reform” of the UN Security Council, and while he did not detail the changes, the prime example of his need for reform is Russia’s use of its Security Council influence to block and soften resolutions against sanctions. It invaded Ukraine.

Kishida also sharply criticized Russia’s “threat to use nuclear weapons”, which he denounced as “absolutely unacceptable” course of action as a “serious threat to the peace and security of the international community” Hiroshima.

Kishida described “rule by force” as the antithesis of “the rule of law” and said it was important for the United Nations to strengthen the former because developing countries can only “allow any attempt to alter the territorial status quo by force or coercion” if the great powers are strong.

It was an apparent attack on Russia’s invasion of Ukraine and China’s aggressive actions in the South China Sea, although the Japanese prime minister did not name China. 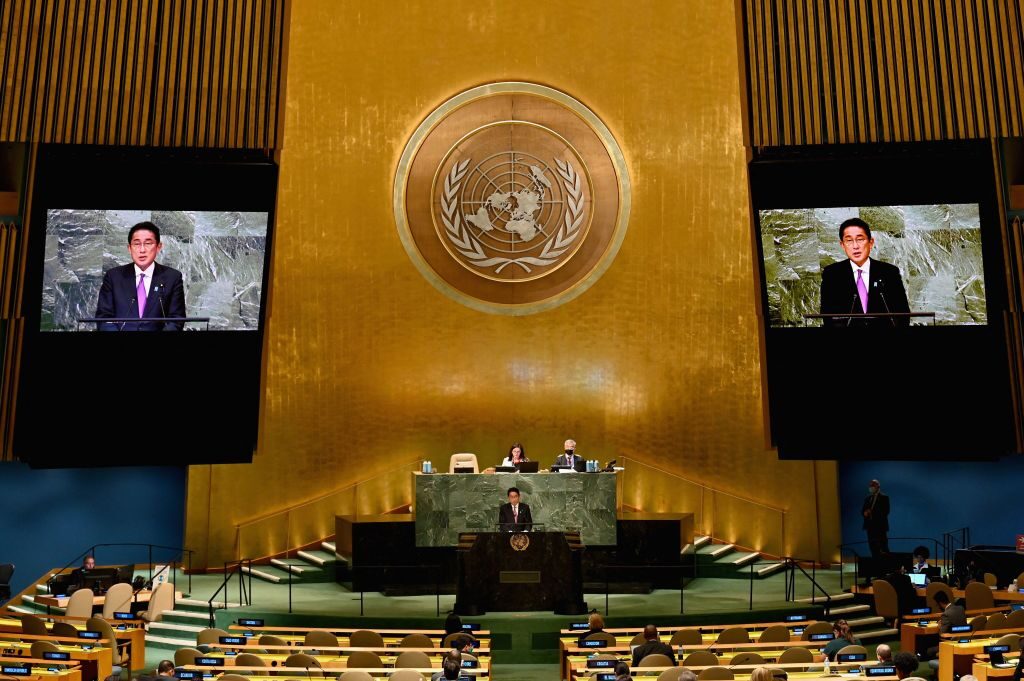 Much of Kishida’s speech was a recitation of Japan’s contributions to various international initiatives and aid programs, including the fight against the Chinese coronavirus around the world.

His “Human Security” theme suggests that this global effort can only flourish under the rule of law, because rule by force means aggression, and authoritarian regimes can sabotage great projects, block humanitarian aid, and drain economic aid.

Today’s world is full of frustrating example Investors and countries reluctant to aid international aid programs fear their investments will be stolen or because their political elites have been bought by China.